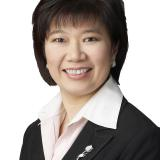 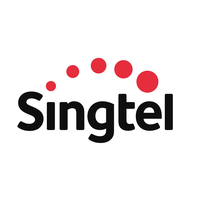 Dr. Ker Ling Yew is the Vice President of Operational Excellence from Singtel Group. She is currently leading a Centre of Excellence (CoE) to build intelligent automation capabilities to enable the organisation to deliver exceptional experiences and values.

With more than 30 years of work experience, Dr. Yew has performed a gamut of key functions through job rotations and accumulated a rich work and management experience, plus deep operational knowledge of the business.   She has assumed leadership positions in corporate strategy, solutions centre, sales, marketing, operations and Centre of Excellence in several Singtel Group companies.  was the CEO of Singtel’s Global Officers (SGO) managing 22 SGOs over 19 countries, before taking up the Operational Excellence role.

Dr. Yew is currently based in Optus Sydney.  In addition to providing the stewardship, vision and core purpose for the Intelligent Automation CoE, she is leading an agile tribe to digitise company performance information and digitalise end-to-end processes to improve employee and customer experiences.  Ker Ling is passionate about building organisation capabilities and developing future leaders.

With the transformation she has made in Singtel Group and her contribution to the community of practices, Dr Yew was conferred the Deployment Leader of the Year at IQPC PEX (Process Excellence) Global Awards in 2013 and 2014. In 2017, she won the inaugural CX Personality Award at CEM Asia.  In 2018, she received two Operational Excellence Leader of the year titles at the IQPC’s OPEX World Summit, and the Business Transformation and Operational Excellence Summit (BTOES) respectively.

10:15 OVERCOMING INTERNAL CULTURAL AND PROCESS CHALLENGES TO SUCCEED IN A DIGITAL TRANSITION

When attempting that all important digital transformation, what inhibitors exist - across various business functions - to achieve success, and what can be done to overcome these? Other questions that will be explored include:
·         How to manage the cultural changes? Are different types of CX employee needed?
·         While it may be chaotic in the beginning, how can this be maintained and how do you manage a full organization in chaos mode
·         What are the key levers to drive success in a digital transformation?

Check out the incredible speaker line-up to see who will be joining Ker.